Merch Informer used to be the sh!t, but then we realized that they had grown complacent in their monopolistic position. And that along came Merch Titans and they changed everything!
0
Shares
0
0
0
0

Before we get into why we made the switch to a better Merch Informer alternative, let’s step back a little first.

I still remember when we first got into Merch by Amazon.

We had a lot of experience already with print-on-demand from the many years we had been selling on Spreadshirt, Redbubble and just about any other marketplace you can think of.

But then came Merch by Amazon with an entirely different system and a very different audience.

You would think that with all the traffic that Amazon gets, it should be really simple to just sell all the designs we had already created for other platforms.

Oh boy, were we wrong!

You see, what sells in Europe or on a platform such as Spreadshirt, will not necessarily sell as well in the US or on Amazon.

Local tastes and buyer intent are very different in each country and platform out there. And Amazon is no different.

So doing your proper research is absolutely key if you want to be successful on Amazon. But here’s the great thing about Amazon.

Due to its sheer size and all the attention that it gets, there are luckily a whole bunch of services out there which can provide you with the necessary (albeit estimated) data that will help you research buyer intent in a much more efficient way.

Merch Informer used to be the sh**!

Merch Informer was revolutionary in the Merch by Amazon space.

Not because the idea was new but because it was tailored toward Merch by Amazon and thus left out a lot of the unnecessary bells and whistles that other research tools offered and which they charged for at a steep price.

It also meant that the service was much cheaper than these alternatives.

Needless to say, it helped a lot of people gain traction on Merch and many people are now making at least 4 figures a month in part thanks to this tool.

As time went by, more and more people started using it.

It was the premier tool out there.

A price hike was inevitable and of course it came.

So naturally, in many Facebook groups, the community started to discuss whether the service was still worth the money.

Particularly if you weren’t lucky enough to get in on a discounted plan.

People had already discussed looking for a Merch Informer alternative.

And that’s when we noticed something odd.

We started to hear a lot of complaints about numbers being off.

BSRs were not being reported correctly.

Many products were not being listed in results.

And we also noticed that quite a few search terms would not show up during searches, even though Amazon’s own auto-complete listed them.

Sure enough, something was wrong.

How we used to do research

At ThreadBasket we used to use multiple tools to do our research.

Google can help and it is an indicator.

Google is used to seek out information, answers to questions. But Amazon is used to find products, which is a whole different ball game.

Unfortunately the tool we used was a quite expensive Merch Informer alternative and it wasn’t really optimized for MBA.

We primarily used Merch Informer for its keyword competition score.

It’s not perfect, but it gives you an indication of how difficult it is to compete in a particular niche purely from a an SEO standpoint.

That’s helpful, but not critical to success with Merch by Amazon.

To be honest, it makes research seem like a super sophisticated and complex task, even though it really isn’t.

A newcomer can easily get overwhelmed by all this and might think he or she really needs to use all the different tools they offer.

Heck we barely use half of all the features on a regular basis.

But damn, did they show up in style.

My first reaction when I checked out Merch Titans was: “Hmm, this looks like Merch Informer in a different color scheme”.

But then I started digging deeper, testing all the different features.

Yes, a lot of them obviously looked very familiar on the surface.

But first of all, Merch Informer has “copied” features from competitors as well.

And the devil is in the details.

As with so many things in life, it’s the HOW YOU DO IT that really counts.

It might sound like such a trivial thing, but from a power user’s point of view, an intuitive user-experience and good execution goes a long way.

But enough of my rambling, let’s dive into key features that we really love here at ThreadBasket.

This feature in itself is nothing particularly unusual.

However, without even going into details, you can already see that the overall layout is cleaner and a lot more though was put into how the information is presented.

But like I said, the devil is in the details and it’s those tiny details that significantly improve the user experience.

For example, you have an additional option to sort the results by release date.

But depending on what you are trying to achieve during your search, this give you a lot more control over how you can do your research.

Another things that’s really small but that can be helpful for some people, is that you can easily copy the top keywords from search by simply clicking on a button.

I know, we’re talking about only a few seconds at best, but this is what makes a great user experience stand apart from something that is far less intuitive.

All of the above functionality also applies to the Brand Research section.

They only difference is that you’re obviously no longer search through product titles but through brand names.

I was never a big fan of the product tracker function in Merch Informer.

Primarily because it was essentially a premium feature for which you needed to have a more expensive plan in order to track a lot of products.

I also don’t necessarily see the point in tracking everything when you’ve got potentially thousands of listings.

But again, Merch Titans as the better Merch Informer alternative does something differently here.

First of all, when I added a product which I had been tracking on Merch Informer, I immediately got data for almost an entire year.

So clearly Merch Titans is tracking a lot of products without you having to add it to your list.

Merch Informer has charts as well, but they DO NOT allow you to zoom in and out like Merch Titans does.

And it’s super easy to do. You use the left mouse button to zoom in further and further and when you’re done, you zoom out by right-clicking.

It gets even better! Not only does Merch Titans also give you Product Analytics Data in a niche overview (essentially all the key data for a specific listing).

No, they even allow you to track keyword authority in product search.

So essentially you can add a number of keywords and track how your listing ranks for all those various search terms.

You can even let Merch Titans send you Email or Website notifications on changes that happen to your tracked listing.

We haven’t tested these yet, but that’s a real game changer in terms of ACTUALLY using a tracking function without having to skim through thousands of your tracked listing.

We’re not aware of any Merch Informer alternative that does this.

This is probably Merch Titans‘ single most powerful feature.

Again, not because it’s a unique idea, but because of how Curtis and his team have executed this one.

The key thing that always bothered me about Merch Informer was that lack of flexible filters.

The way Merch Informer set things up, everybody was ultimately always looking at the top 100 products with the lowest BSRs.

That’s nice to see what’s trending, but absolutely useless if you are trying to build a portfolio of evergreens.

Trying to chase trends is extremely difficult and when you do have a winner, everyone and their grandmother is going to copy your idea within hours because it’s so clearly visible in the results.

With Merch Titans you can filter onto a range.

Why would you do that?

Well, because these are also products which sell and they are NOT necessarily on everyone’s radar.

It’s much easier to build a portfolio of designs that sell 1-2 times per month but over a longer period of time that to try to catch that winning trend.

Is one strategy more lucrative than the other?

Well that mostly depends on how quick you are.

But if that isn’t your strength, then you are bound to lose in the long run.

And for those who like to discover highly profitable, hidden niches, Merch Titans provides a far more versatile tool to do that.

Not really an essential tool but a nifty little feature that we find kind of neat, is the Notes tool that the guys at Merch Titans have added to the suite.

I don’t think any other Merch Informer alternative has done this.

As you are doing research, it allows you to add notes which will also be shown on a timeline.

Now, obviously you could also do this with a simple text editor.

But quite frankly, it’s a lot nicer having everything in one place, without having to deal with all the clutter of various different text files.

And it also allows you to add images and links, so it does go beyond a simple text editor.

So what does this mean for ThreadBasket?

We didn’t even go into all the other features that Merch Titans covers.

To be honst, the list is long and Merch Titans covers essentially everything you’d find in your usual Merch Informer setup.

The main difference is in a lot of the smaller details which you barely notice by just looking at the page.

You really need to start using it to get a feeling for the amount of thought they’ve put into their interface and the way everything interacts with eachother.

Also bear in mind that Merch Titans is still in Beta, so you will find the occasional bug here or there.

But that’s the case with all the Merch Informer alternatives out there.

But these are absolutely normal for a service that’s in this stage of its development.

It’s also a major opportunity for you to also request new features or make suggestions for improvements.

Got an idea? Go for it. Curtis’ team will be happy to listen.

Well, at ThreadBasket we finally decided to make the big switch.

We said goodbye to Merch Informer and said hello to Merch Titans.

Over the next few weeks you’ll also notice some slight changes in the research data we provide as we slowly switch to this new Merch Informer alternative.

For all our existing designs we still make reference to Merch Informer.

But this will gradually change and we hope to provide you with even better research, now that we have the full power of Merch Titans behind us.

If you have any questions regarding Merch Titans, feel free to leave a comment below. We’ll be happy to help out!

It's about time we finally launch! 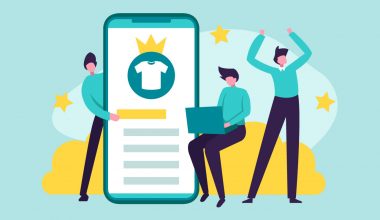 Read More
TTools for Merch
We've curated a list of free tools that you can use as an alternative to Merch Informer that can still deliver you the same satisfactory results for your Print on Demand business. 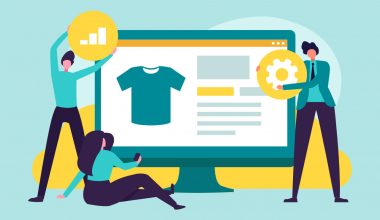 Read More
TTools for Merch
Here are some other alternative tools to Merch Informers we’ve curated that can still deliver you the same satisfactory results for your Print on Demand business.